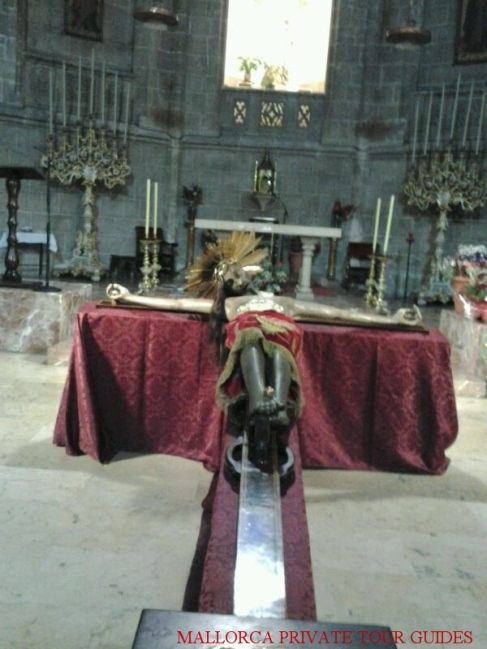 Last Thursday was held in the Palma, the most multitudinal procession of  majorcan holy week “SEMANA SANTA”.

The Christ of Blood “Cristo de la Sangre” procession, with more than 4000 penitents also called COFRADES or NAZARENOS belonging to 34 different Brotherhoods all of them dressed with a garment consisting in tunics or penitential robes, capirotes (hood with conical tip) and normally they carry processional candels or “CIRIOS”.

Also participated in this procession 24 floats or thrones called “PASOS” some of them carried by the COSTALEROS or Float-carriers, people who carry the “pasos” or floats proudly on their shoulders. The “pasos” are large and heavy floats with the life-size statues of the Christ, the Virgin Mary and other biblical characters, all of them decorated with flowers and candles.

Costaleros go under the paso-float  and carry its weight on the back of their neck, which is why they wear that particular headdress ,called “costal”­ Each Costalero carries between 50 Kg and 70 Kg (about 100 lb). Each paso or float weights 1 Ton or more, so they need about 20 to 40 Costaleros to carry it.­

From Mallorca Private Tour Guides we will like to invite you to discover the traditions of our Holy Week “SEMANA SANTA” and we want to offer you this photo blog: 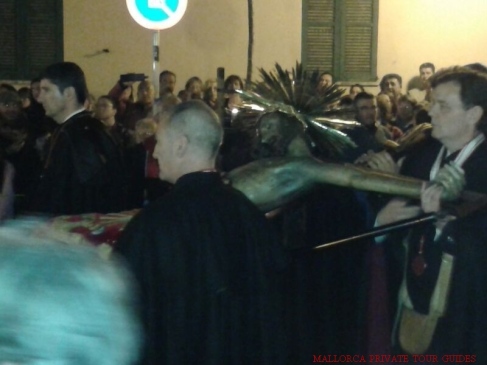 The Statue of  Christ of Blood-CRISTO DE LA SANGRE which gives its name to this Easter procession,a statue made with cork oak wood, lighter than other woods which makes it easier to handle the imagine during the procession. 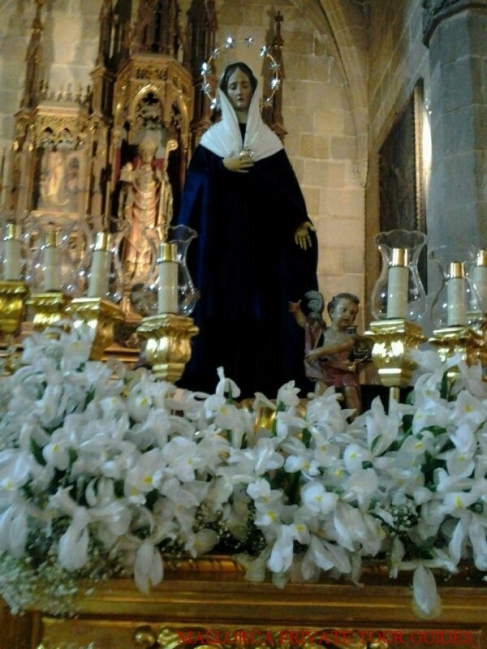 The Virgen of “LA DOLOROSA”

Some of the beautiful Floats or thrones participaiting in this Easter Procession in Palma. 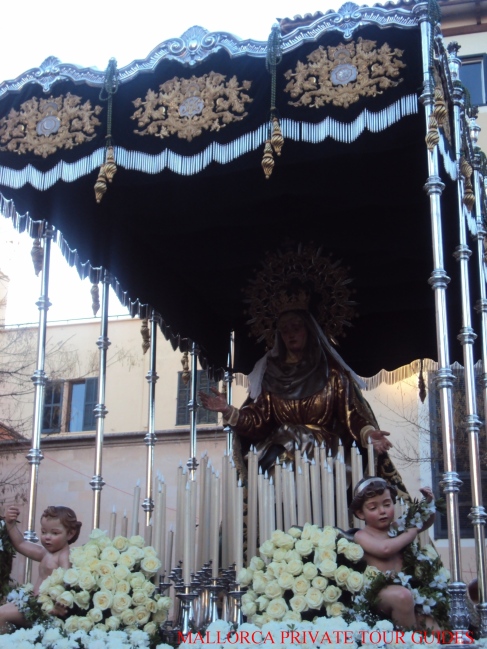 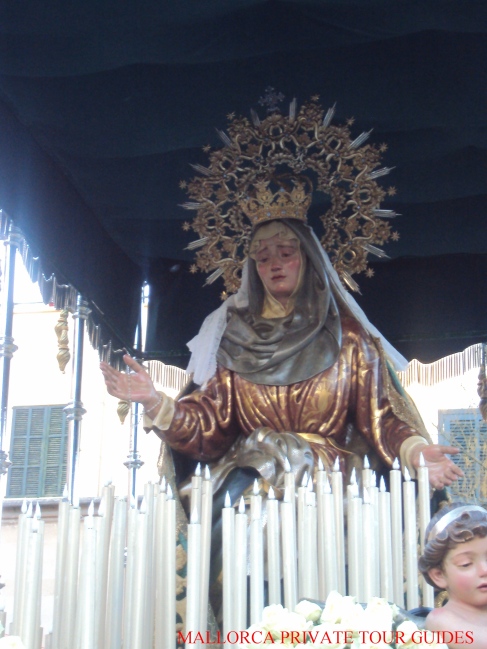 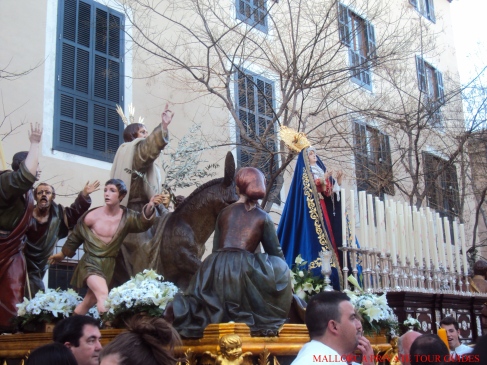 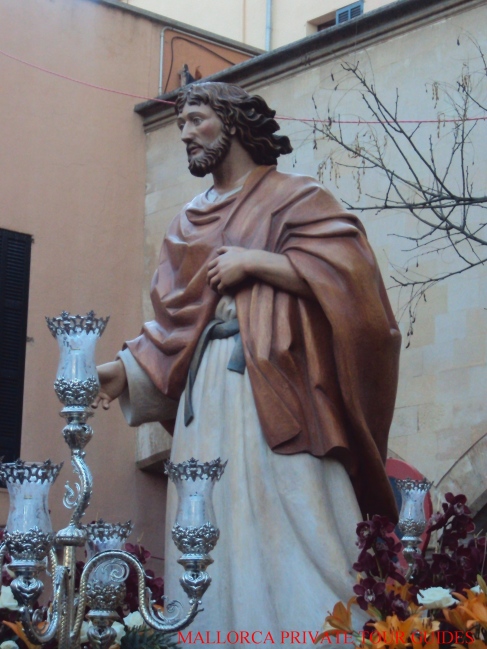 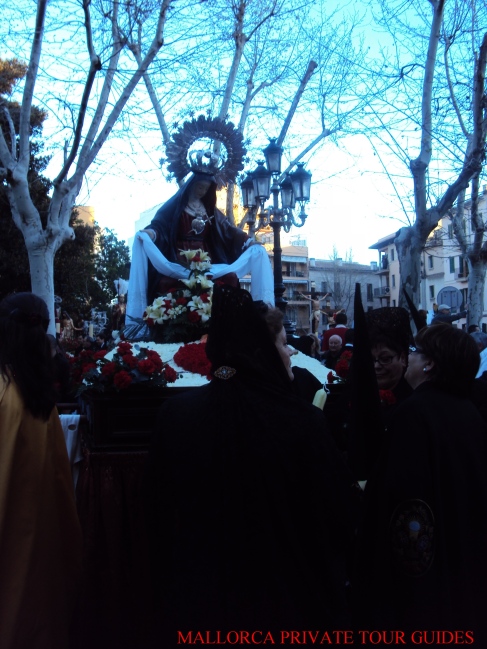 This brotherhood is mainly formed by women. 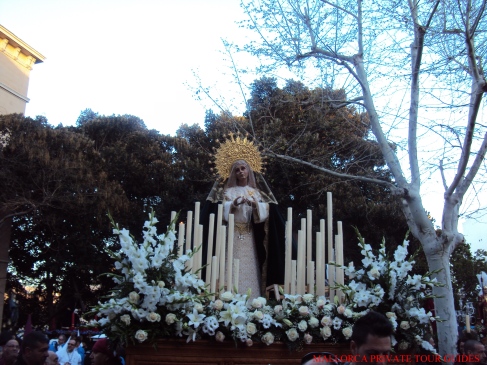 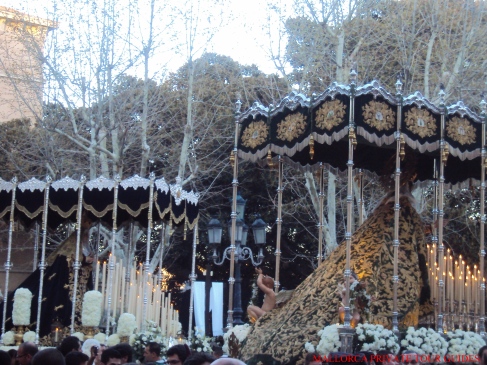 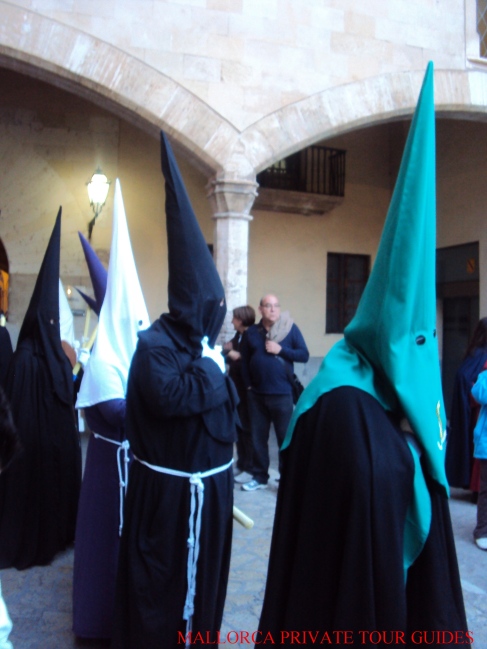 The Cofrades (members of the brotherhoods) with its garment,tunics and Capirotes ready for the procession 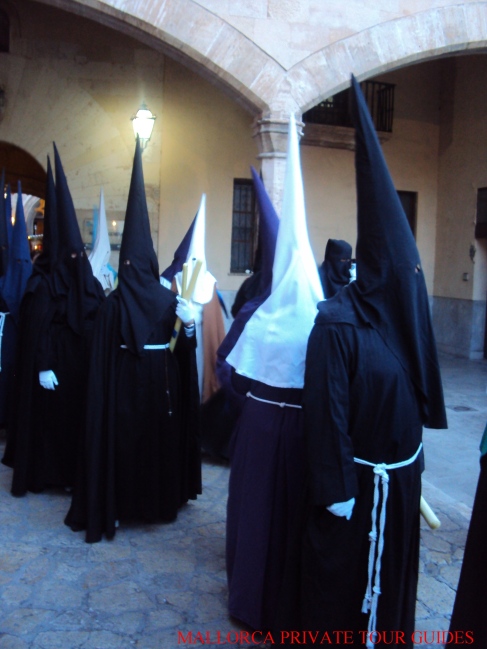 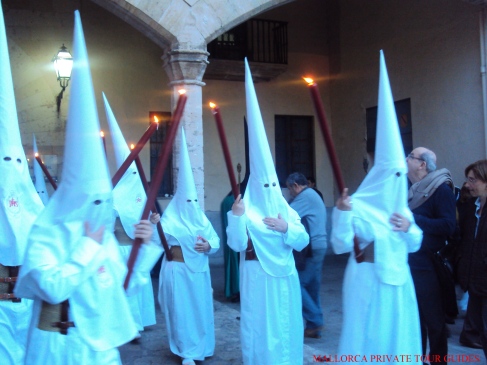 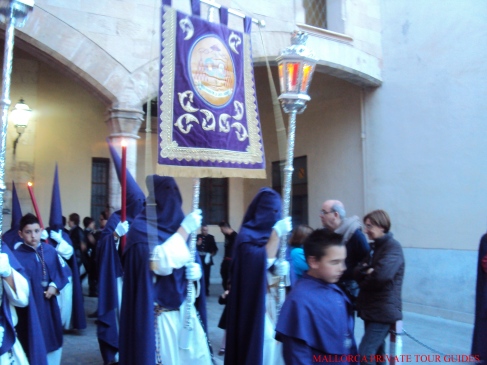 Brotherhood Virgen de La Esperanza, dressed with a white tunic and green cloak and capirote , this brotherhood was founded 1924,this brotherhood is related with the family March, because Leonor Servera de March prompted its creation. Basilica de San Francisco 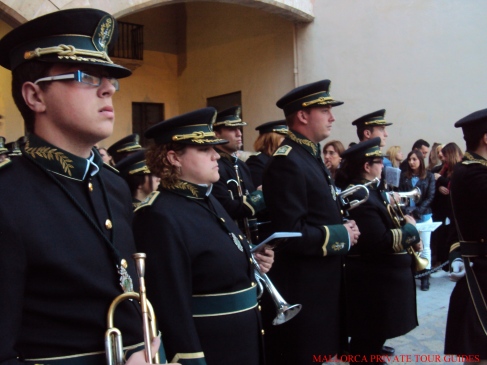 The Bands will perfome the solemn music during the processions.

Its is very special the sound of the drums. 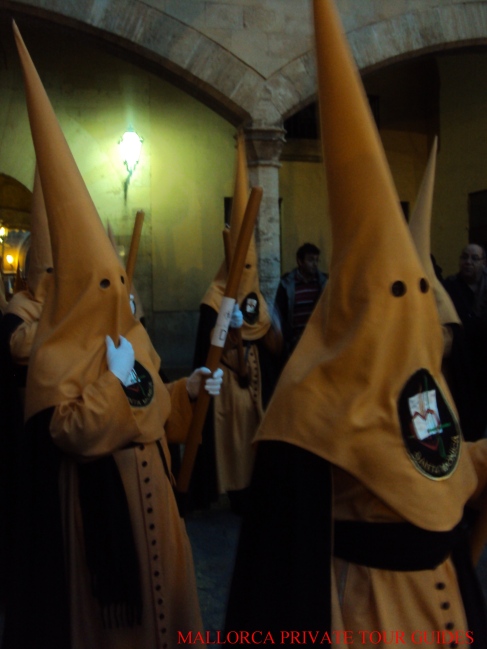 Dressed with orange tunica and capirote and black cloak 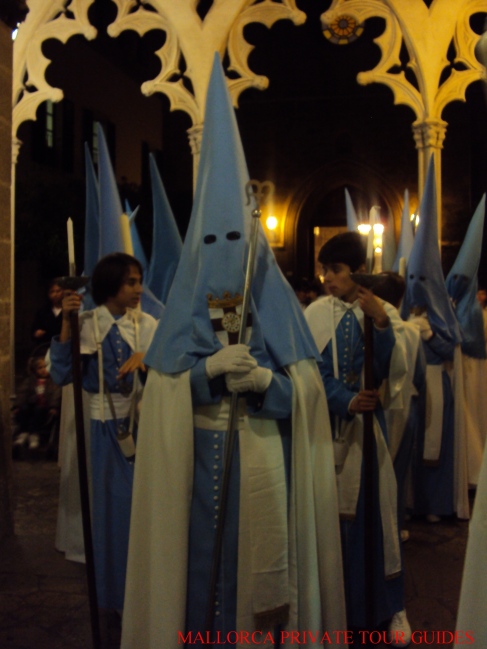 Dressed with light-blue tunic and capirote and white cloak. 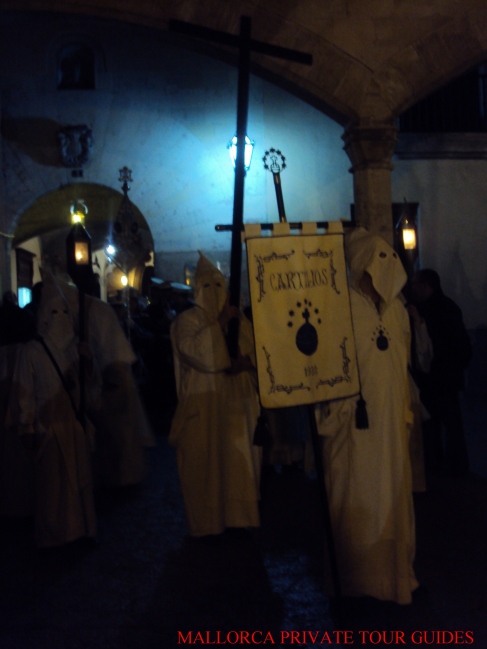 Dressed as the carthusian monks who lived in Valldemossa, “La Cartuja” Carthusian monastery  from 1399 to 1835.

From 1982 also women can be members of this brotherhood inspired by San Bruno, the founder of Carthusian monks.

The penitents carry a lantern, similar to the one used by the Carthusian monks during its prayers at night and early morning.

The brotherhood this year celebrates its 75th anniversary. 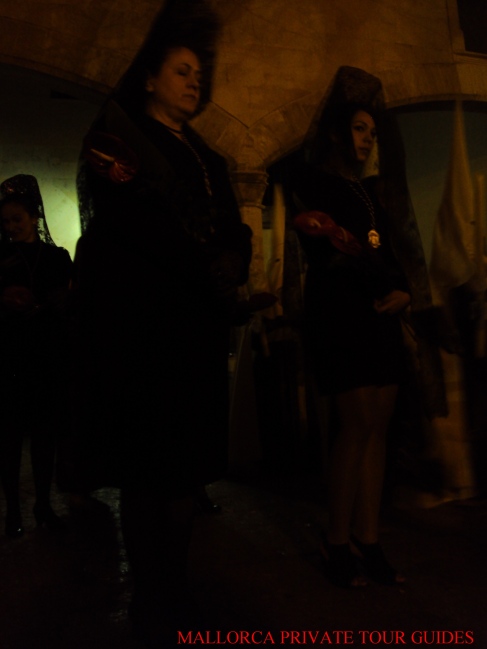 Can not be missing the SPANISH MANOLAS, a group of women dressed of mourning, all in black and with the spanish Mantilla.

Let us guide you in the easter traditions, visit Palma and its Easter Processions.